Seaspray turned heads at the first Life Saving Victoria carnival to be held in almost a year, walking away with impressive wins in the beach flags.

Seaspray’s success began on Saturday at the Youth and Senior Carnival, where under 19 women’s events were combined with the open women’s events.  This meant Jessica Jackson and Bridget Brown competed in the open events as under 19 competitors.

Courtney McDonough came fourth in the beach sprint and the beach flags in the under 17 women’s competition.

The next day, Seaspray continued to show its strength on the sand during the Nippers events for under 12s and under 13s.

Leo Stephenson and Jett McMahon took first and second in the under 12 boys beach flags against a strong field of more than 80 competitors representing surf clubs across Victoria, while Lily Canfield reached the semi-finals of the under 12 girls beach flags.

In the under 13 boys competition, Jimmy Greenwood ran strongly in the two kilometre beach run and the beach sprint, finishing fifth in both events.

All water-based events at the carnival were cancelled due to water quality concerns.

This was the first Life Saving Victoria (LSV) carnival to be held since February last year. The next LSV carnival for youth and senior competitors will be at Lorne on February 7, while the next Nippers carnival is scheduled for February 2 at Ocean Grove. 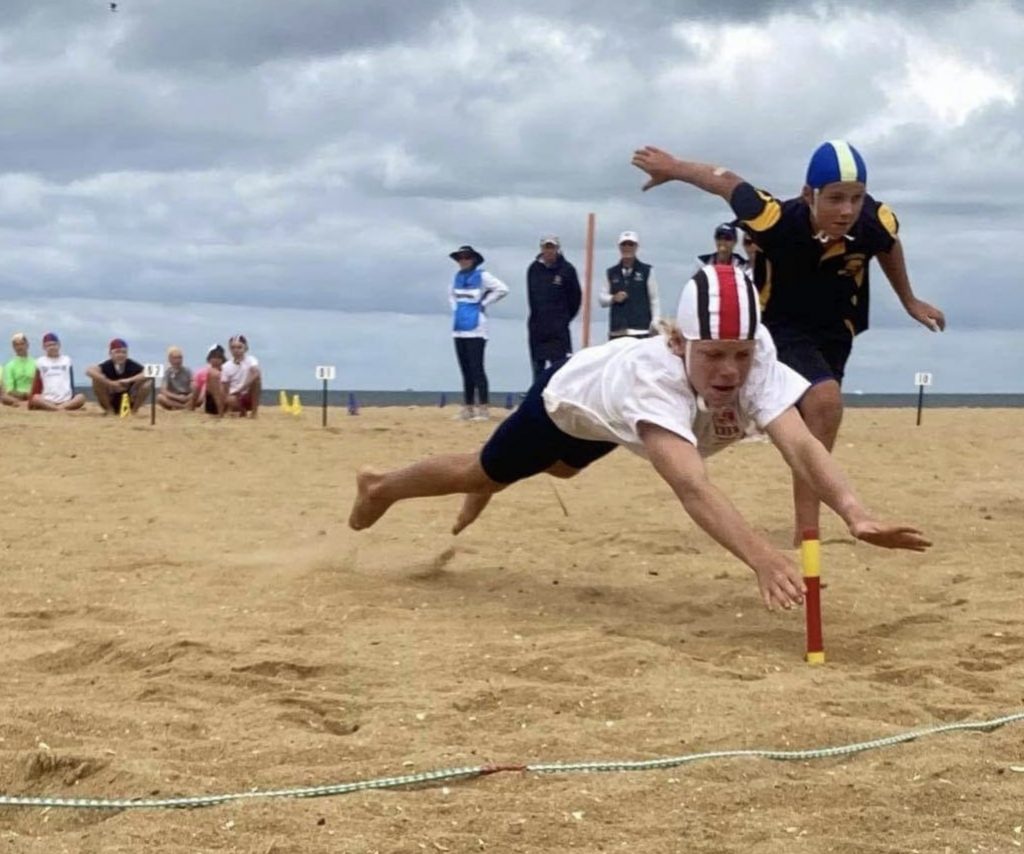 Leo Stephenson in action in the heats on his way to winning the under 12 beach flags event at Mordialloc. 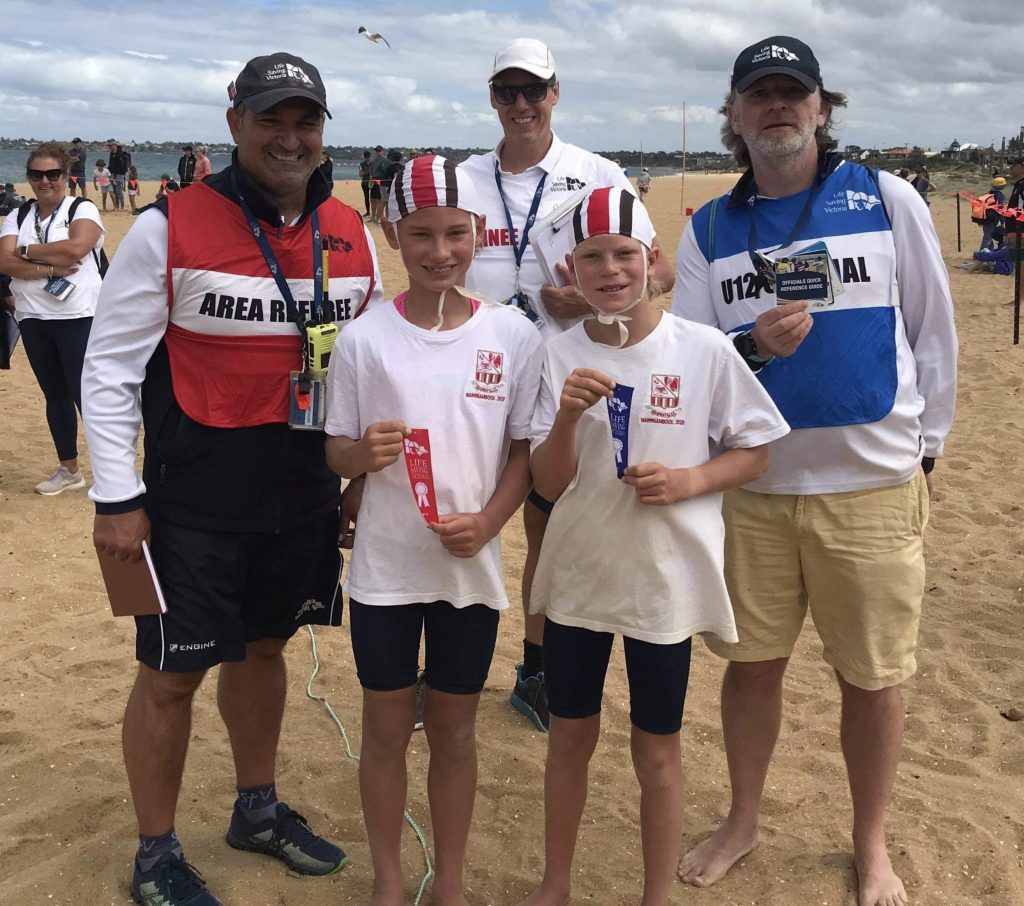 Jett McMahon (front left) and Leo Stephenson (front right) are pictured with event officials at Mordialloc after receiving ribbons for taking the top two places in the under 12 boys beach flags event. 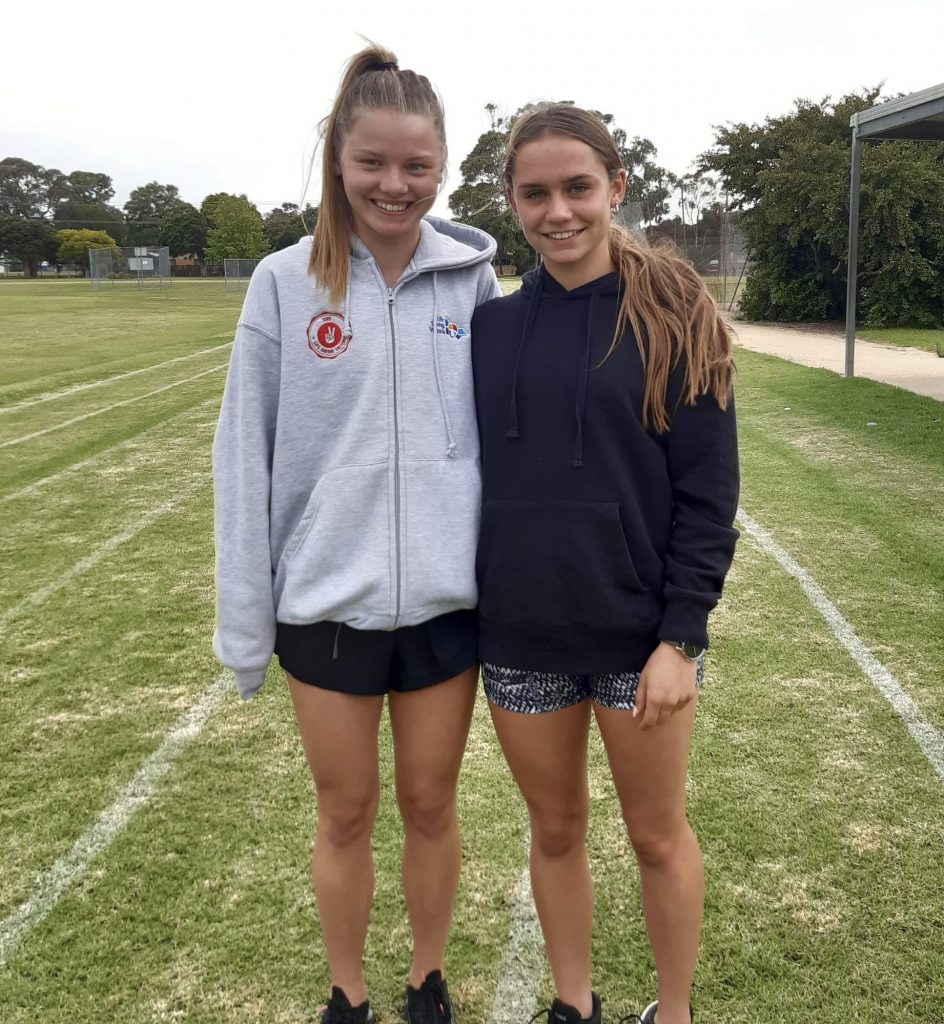 The Seaspray Nippers who travelled to the Mordialloc Carnival at the weekend included (from left) Remy Stephenson, Jett McMahon, Mack McMahon, Leo Stephenson and Lily Canfield.